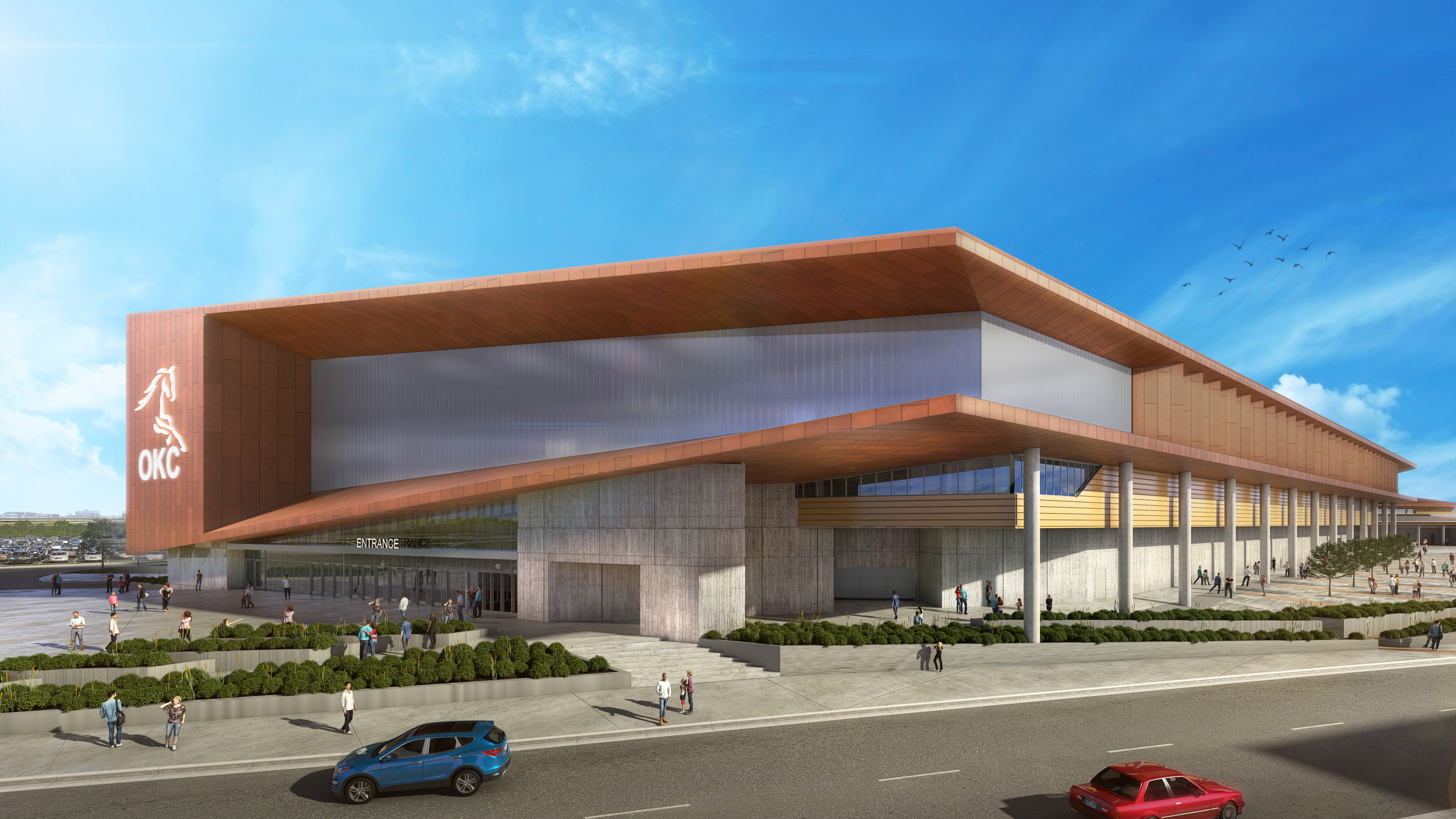 OKLAHOMA CITY (April 8, 2019) – Replacing the famous Jim Norick Arena – known as “The Big House” – at State Fair Park would provide an economic boost to Oklahoma City, according to a new study.

“‘The Big House’ has provided lifelong memories for high school athletes from across the state for generations and helped make Oklahoma City the ‘Horse Show Capital of the World,’” said Oklahoma State Fair, Inc. President & CEO Tim O’Toole. “Unfortunately, the building is rapidly approaching the end of its useful life. The Crossroads study shows how much is at risk and how our entire community will benefit from investing in a new coliseum.”

“The report shows how important it is to invest in state-of-the-art facilities which will continue to attract people from the metro area, the state and the rest of the world,” O’Toole said.

In January 2017, the City of Oklahoma City, which owns State Fair Park, commissioned an architectural firm to create plans for a modern coliseum with more than 4,700 fixed seats, 2,600 retractable seats and premium amenities such as suites, box seating and club opportunities.

Construction is expected to cost $95 million, and plans call for keeping the Norick Arena open during the process to minimize disruption.

“Building a new facility would have clear benefits for the Oklahoma City community. This need has been acknowledged for several years by the City of Oklahoma City and Oklahoma State Fair, Inc. The expected MAPS program to fund capital improvements presents an exceptional opportunity to secure funding for a project of this magnitude,” O’Toole said.  “We look forward to voters continuing to support the world-class facilities at State Fair Park as we fulfill our mission of economic development through tourism.”