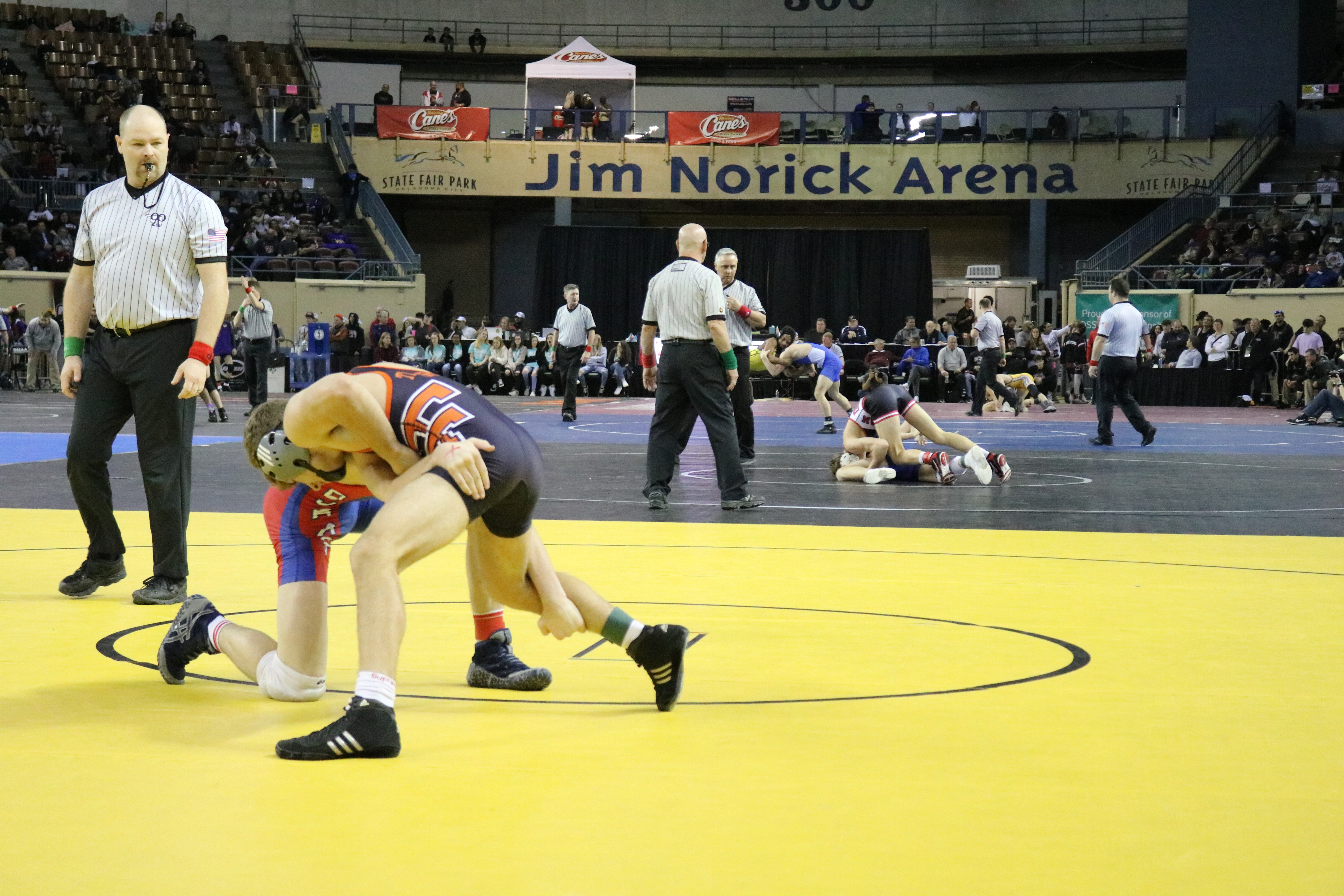 Oklahoma high school basketball and wrestling state championships will continue to be held at State Fair Park for the next five years.

OSSAA has hosted basketball tournaments at the Jim Norick Arena – known by many as “The Big House” – for 54 years.

“It was really important for us to remain at State Fair Park because we understand the history and tradition that goes with playing at The Big House,” said OSSAA Executive Director David Jackson. “We still have people who come to our tournament today who came many, many years ago. There’s a connection between people of all ages.”

Extending the agreement comes as the arena is nearing the end of its useful life. Oklahoma State Fair, Inc., which operates the facility on behalf of the City of Oklahoma City, has proposed building a $95 million replacement using money from the expected MAPS4 program in Oklahoma City.

“Unfortunately, the building is on its last legs,” said Oklahoma State Fair, Inc. President & CEO Tim O’Toole. “The average life cycle of a public sports arena is 30 to 40 years. The Jim Norick Arena is 54 years old and needs to be retired. With voter support, we can serve future generations of athletes and provide an economic boost for Oklahoma City.”

“We think building a new coliseum is huge, not only for Oklahoma City, but to maintain the tradition of playing in “The Big House” — a newer and improved ‘Big House.’” Jackson said. “I don’t think we’d lose any of the tradition we’ve gained over the last 50 years; it comes from being on that property. Being able to play in a new, shinier arena would make it even more special.”

O’Toole said now is the time to support a new coliseum.

“We must ensure our current and future stars are provided the same opportunities as previous generations,” O’Toole said. “A new State Fair Park Coliseum would be a catalyst for shared memories and economic development.”